Welcome back to the online pages of Grip and Bend Italia. We continue with interviews that allow us to learn more about the strong athletes around the world. Today we return to the USA to have a chat with a great bender, Delmar Carter! 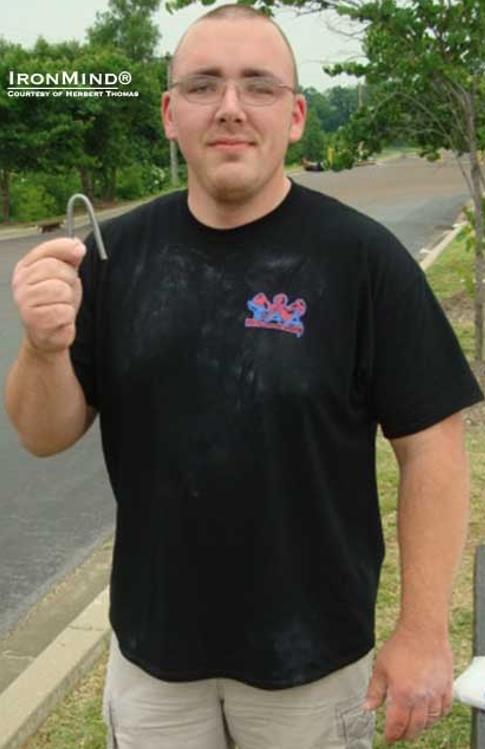 Hi Delmar and thank you for accepting my interview with pleasure!

– Introduce yourself and describe yourself to GBI followers:

I was born in Cape Girardeau Missouri and shortly after I moved to a naval base in middle California where I spent most of my childhood years. When I was 11 our family moved to west Tennessee where I still reside. I am 5’11”, 265lbs with 8-3/8” long hands with 4-1/2” wide palms. 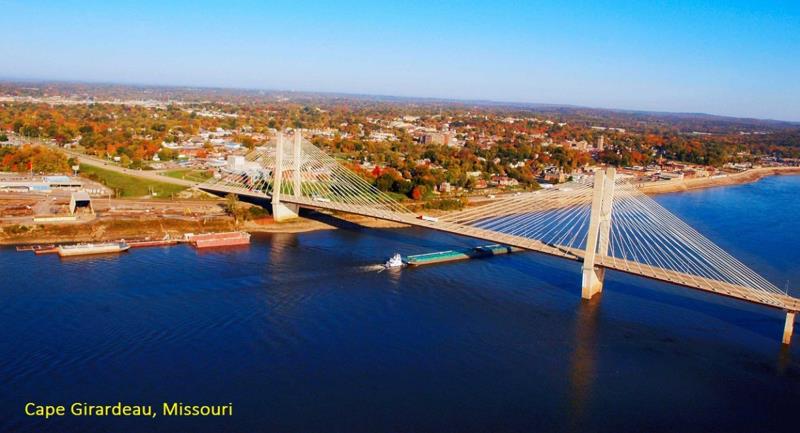 – Going back in time, how do you describe your period of youth? Have you been a quiet, problematic, introverted guy?

When I was young in CA I was involve in a number of different sports, such as baseball, football, and basketball. I considered myself a pretty normal kid at this point. I was active and always up for an adventure. When I moved to TN I was no longer involved in sports, but I still enjoyed trying new things even though they may be dangerous. These times slowly came to a halt in my later teen years. I tapered off my outings and my friends. I didn’t like to go out much and I had no drive to do anything. My grades dropped tremendously and I slept more than usual. These signs were eluding to a festering illness that showed its ugly head later in life, but the progression of each issue was so slow that they were not really noticed. The condition that was festering was a large brain tumor that is the main cause for my hands getting so large. I could write a whole book on its discovery because it was a seemingly endless array of events.

– What are you doing today for a living? I know you love working with wood!

I work as a Sr Manufacturing Engineer for a major medical manufacturer. I build processes and make it to where someone else can replicate implants by following my instructions. I do love working with wood. It is a new found love even though I have been doing it in one way or another most of my life. I tend to get bored on other hobbies because they feel like after some point that they have been mastered. Woodworking on the other hand, has so many directions that you go that it would take a lifetime to full master every aspect. It would take that long to collect the tools as well as they can be very pricey. 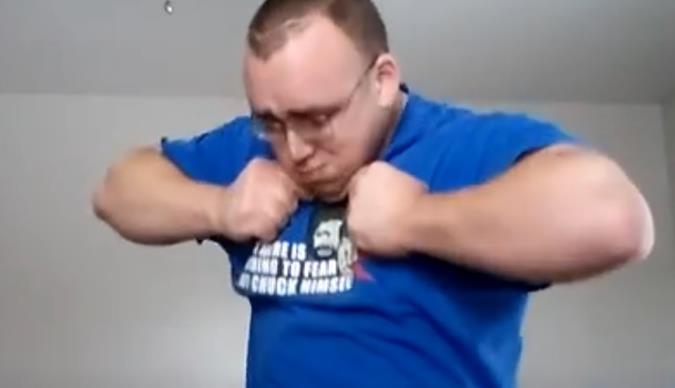 – Has sport been a part of your life? What did you like in particular?

It was when I was younger and I have always had the urge to play other sports and martial arts when I got older, but between family time, school, and working long hours it really never panned out.

– The huge hands you have, did you inherit them from your father or did you steal them from the Hulk?

Ha! My father is an extremely strong and wide guy with thick hands, but my mitts are caused by an overload of HGH in my body. I’m currently on meds to combat the issue because although HGH sounds awesome, it is very dangerous because it increases the size of your internal organs as well.

– Anyone who is passionate about bending knows what a great bender you are! But tell us, what led you to your passion for bending or grip sport in general?

I was bored in 2012 and I had a little spare time late at night when my family went to sleep, so I googled arm wrestling in my area. I found out about steel bending by watching the Paul Knight Gold nail bend video and shortly after I found out about grip on the gripboard. I did all three for a while until I tore both TFCC ligaments in my wrists. I wasn’t sure what was wrong, but I stopped all three but came back to them several times for a few years and then decided that arm wrestling was no longer possible, grip sport was tolerable, and bending hurt, but it was the easiest and fastest to perform. It was also less temperamental. Grip was a pain in some cases because the conditions had to be just right to get your hands ready. In bending you could just grip it and rip it. 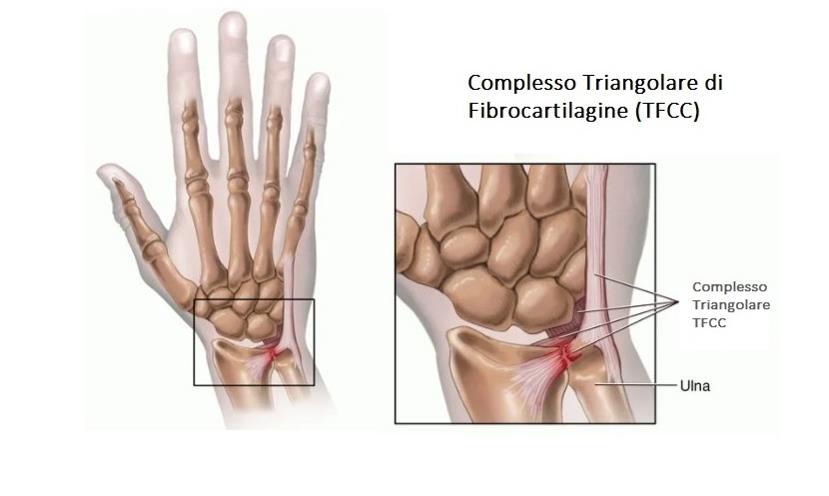 Feats of strength has always come easy to me if I wanted to do a particular feat. It usually wouldn’t take much training to achieve a good lift. The hardest things for my have always been conventional lifts. They are boring and I didn’t progress fast enough to bother. 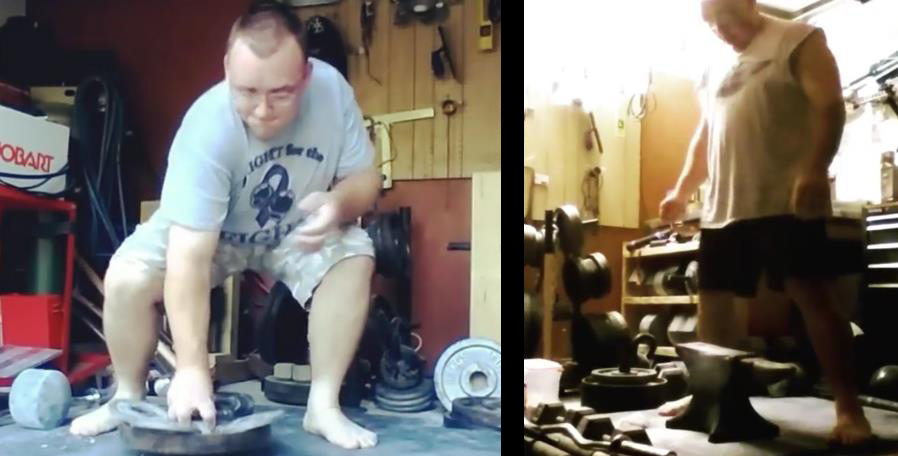 – You are among the strongest benders that I know who bends with the DU technique. Do you like to bend in other styles or is this the only one that allows you to express power?

I focused on DO for a majority of my time as a bender. DU is fairly new to me and honestly I really didn’t train it too often because it really hurt my wrists. I think the fuel on the DU fire was sparked by having the ability to bend bigger steel and still feeling like there is more in the tank. I’m going to cert on Horrido’s 8.8 bolt DU soon and I’m not sure where I’m going from there, but I hope to someday be considered one of the best if not the best modified DU legitimate benders.

– During the collection of personal successes which performances are you most satisfied with? Which one forced you to work hard to get it?

I have never really prepped well for contests or even certifications for that matter. This is why most of my best performances are done at home. My favorite lift that I did train for was the two 45lb plate pinch. That was an exciting achievement.

– How do you organize your workouts? Are you methodical and calculating or do you prefer a more intuitive approach?

I have never been a structured lifter. I have tried numerous times with preset workout routines, but the results were not there. I normally do a quick warmup of jumping jacks, body squats, and easy bends. If the bends feel too hard or off somehow, I do not work out.

– Do you currently train mainly bending, or do you also give space to grippers or gripping equipment?

I only train bending at the moment. Grippers and I do not see eye to eye. My hand skin gets pinched regardless of what I do. 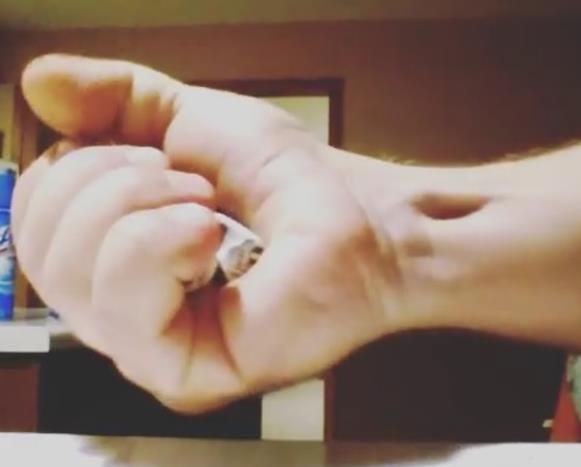 – You also like armwrestling, right? Have you ever competed? With what results?

I did compete from 2012-2017 and I was #1 super heavy weight pro puller (left hand) in TN on two separate occasions. Obviously this was before I tore my TFCC.

– The experience you have accumulated over time is great, what do you think are the key points for improving grip sport and bending? And do you think there are useless things to avoid?

The number one thing that would stifle someone is injuries so please warmup. I hurt myself often (pulled muscles) by thinking I was invincible and that was not the case. I was lucky not to do more damage that what I have currently. Also, if you are new please ask questions and do not be afraid to ask them even if they sound stupid. If you have been in the game for a while don’t be an asshole and just remember that you didn’t use to know everything. You may have had to work harder for it considering there is more information about everything now, but not everyone operates the way you do. To grow the sport we need to not stifle the inexperienced.

– Do you have important goals in sight? What would you like to achieve?

Maybe the gold nail if my body holds up.

Thanks Delmar for your important contribution and it was a pleasure to host you on the pages of Grip and Bend Italia!