There are five basic techniques for bending short metals, and they are: Double Overhands (DO), Double Underhands (DU), Reverse, Heslep and Vertical Style.

All of these styles will need to be tested initially to understand which one will best suit the individual subject, because biomechanics, muscle predominance, and anatomical features will affect the ability to express strength in these movements. Let’s see individually how to execute them.

Double Overhands (Both hands in pronation)

Definitely the best performing style of all. Those who bend large and rough metals usually use the DO style, this is because the push is done with the chest, back and deltoids that charge the wrists and hands, which, in turn, will transfer this power to the metal. The hands during the bending are forced to tighten as much as possible, also to prevent the bandages from slipping and therefore causing sudden movements that could cause trauma. 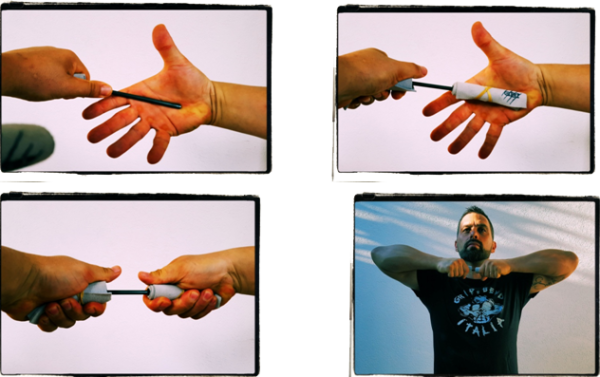 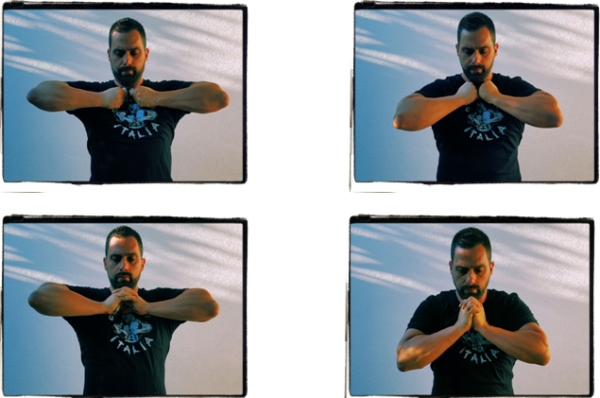 Literally contrary to the previous technique, the DU uses deltoids, triceps and dorsals as power thrusters and works externally on the wrists. Here, too, excellent powers are generated, and the anatomy of your hand may make you perceive this position as more comfortable or more awkward to push hard. In this technique, however, the bandages may be closer to each other or even touch, because during the movement the space occupied by the hands hinders less bending.

Or you can apply the bandages as in the DO but slightly change the movement by looking more for the thrust of the chest together with the triceps. 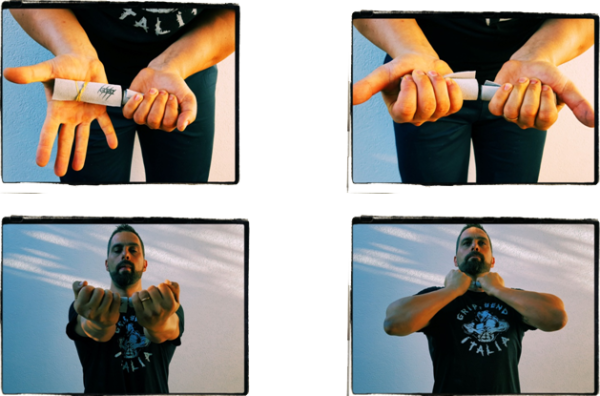 Reverse (Hands in opposite positions)

The Reverse style relegates almost all of the work to the muscles of the forearm, where one hand will act as a fixed fulcrum and the other will go in tension by rotating and pulling down, also thanks to the help of the back if you keep your arms close to the torso, or to the triceps if they move away. 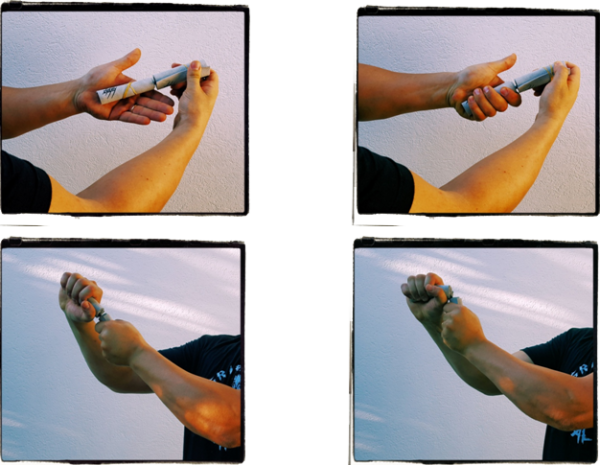 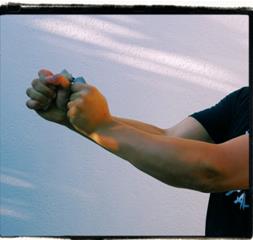 Similar in many ways to a reverse style, the vertical style starts with both hands in pronation at stomach height, as if we were holding a sword. From this position you will push down, moving the bar away and using the wrist and triceps of the lower hand, or you can use the lower hand as the fulcrum and the upper hand as a twist. Few people usually use this style. 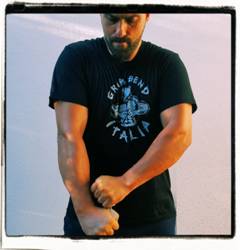 This technique is named after Tommy Heslep, well known in the Grip world for his outstanding performance. Tommy manages to bend metals by keeping his arms outstretched in front of him. A really disadvantageous position where the hands and wrists work mainly, where the help of the more distant muscles such as the back, chest and rotator cuff is really minimal. 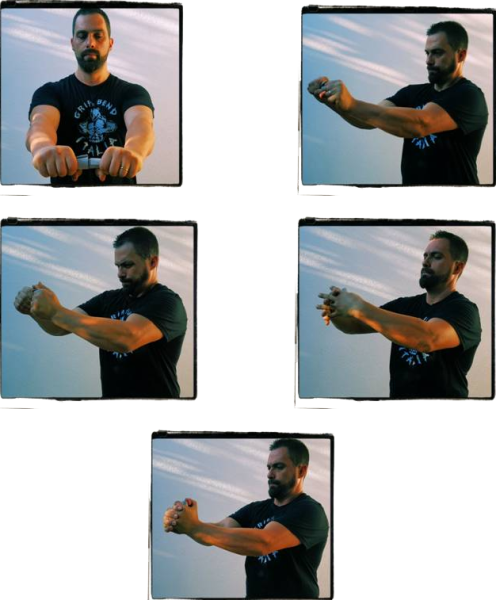 In the Reverse, Heslep and Vertical techniques, the movements will not make the entire bending of the iron possible, so it will be possible to close completely as is usually done in the final phase of the Double Overhands or Underhands. Compared to what is often done via the internet, it is preferable to bend in a style up to the maximum bending of the iron without changing technique, and then measure the degrees of bending applied with a protractor printed on paper, but where there are no constraints you can start with the preferred technique and then close exactly as seen in the first two techniques.

As in all sports, good warm-up and common sense must never be lacking, to avoid unnecessary injuries that would only slow down our progress. Even more true when in activities like these we often find ourselves requiring enormous tensions in our tendons and performance at the limit.

Therefore, before using grippers, bending and any training of the hands and forearms, do a little general warm-up (if you have not finished a session with the weights for the rest of the body) then begin to perform internal and external wrist rotations, flexions and extensions. , continuous openings and closures of the hand, and then do a slight stretching of the fingers. Not forced, they must be light and progressive tensions. Only after this proper preparation will you be able to begin to grasp the various instruments of pleasurable torture. Possibly even once the workout is over, repeat the stretching, which we also recommend on rest days to improve recovery, which is often slow for these areas.

1 Commento
5 based on 1 reviews

This site uses Akismet to reduce spam. Learn how your comment data is processed.

Armwrestling Workshop by Ermes Gasparini. We [...]